December arrived, and with it the well deserved Bush Trotter fact

ory shut down! Anton and his wife Valerie were kind enough to book a camping spot at Campismo da Cuna, about 25km from the town Calanga in Mozambique.

We were booked in from the 21st December, but seeing that we were already in the holiday spirit we decided to leave on the 19th, and make our way leisurely to Komatiepoort, were we were to meet Werner and his family early on the 21st. 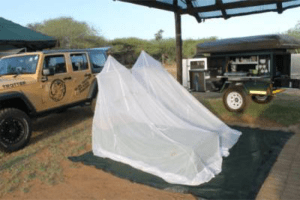 Our first night was spent in Marlofpark. Hell, was that hot! From there we moved 20km down the drag to a spot Oppieplaas in Komatiepoort. Please never book there! What a dump! But, being campers, we made the best of things and “swam” under the hose pipe. (pool was tocsin)

Early next morning we awaited the arrival of Werner at the Sasol garage, changed currency, filled up and waited some more. Actually they arrived on time, we were just biting at the bit to do the border crossing thing, which went surprisingly smooth.

We decided to take the new road skirting Maputo, got lost once, but were helped on our way by the ever friendly Moz people. Arriving at Calanga, we pointed the vehicles in the direction of the coast, through the sugarcane fields, and on to the jeep track. 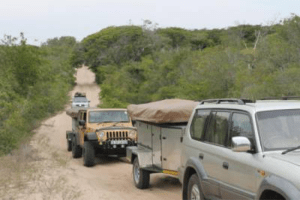 Thankfully we were towing Bush Trotters, and didn’t feel the need to concur anything! The sand was thick, the scenery beautiful, and the going easy.

Arriving at our home for the next 6 days we were met by a beautiful shaded camping spot. 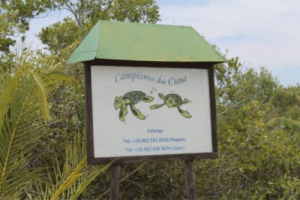 Allways a blessing in Moz! A tree was picked, camp set up and in no time a cold one was enjoyed. 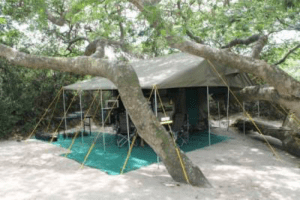 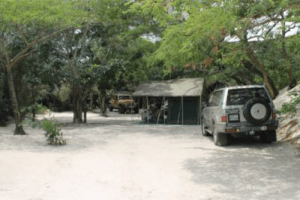 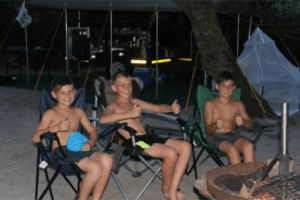 What can I say about camping in Moz… I love the place, the people, the pace. Werner and his sons did some fishing, the boys some crab catching and cooking (which they ate), and the rest of us some resting. 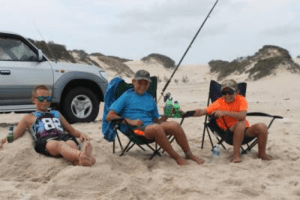 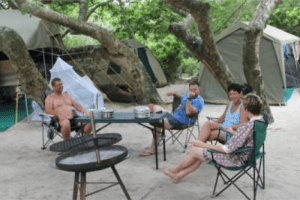 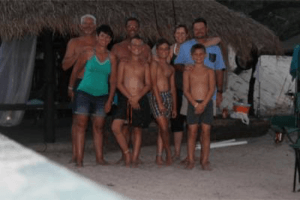 The morning of the 27th arrived, time for my son and I to head home. 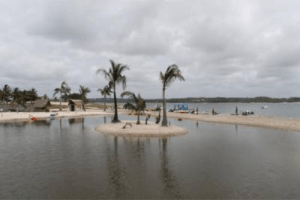 The 2 other families decided to extend their stay by 3 days, visiting Belene, and then resting some more before their return trip.